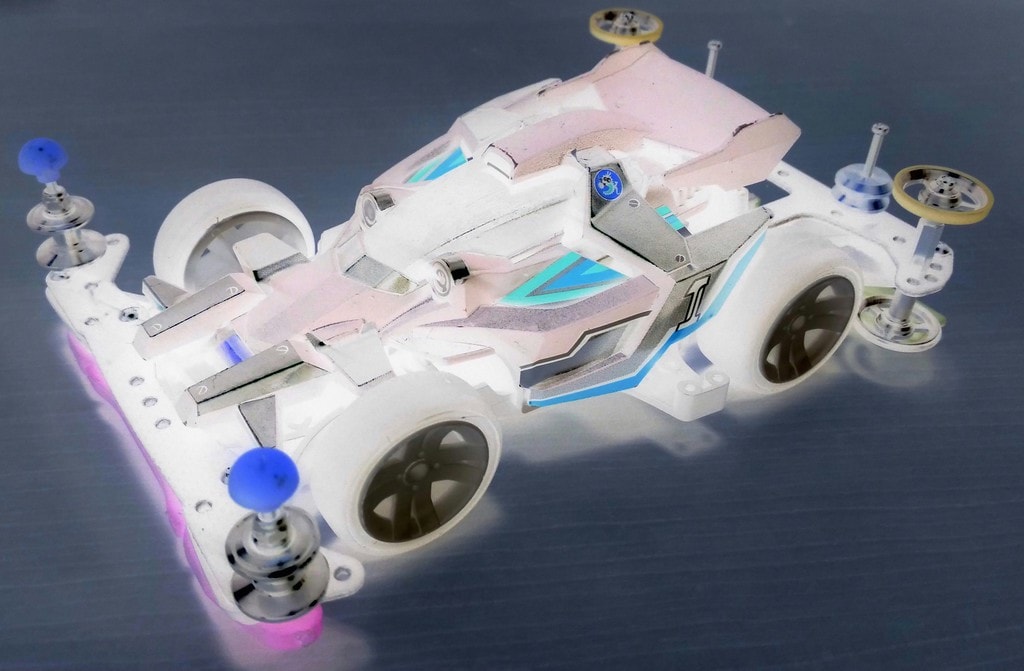 Thanks to Lance Howard I was able to pick up some parts which he recommended as a starting point. They listed below and a picture of all the parts as well. He was very helpful and I think I have enough parts to get started without going overboard. These will be enough for me to start racing the Tamiya Mini 4WD.

All of the Tamiya Mini 4WD parts

Over a couple of lunch hours, I was able to build this up starting with the FRP plates from the basic tune-up set for the MA chassis. I did not install the rollers from that set but used the aluminium rollers. I would have liked to put a double roller on the front but the cost of those went over my budget. The next steps will be to get ball bearings for the axles and gears but I will be OK to run for some time some I save some more cash.

One thing I had not thought about till now is some storage for this car, what I do like the look of is the Tamiya Portable Pit. This looks ideal to store the car plus all the parts I am acquiring, I saw a couple of the guys with them on the weekend.

On Sunday there was a friendly get together of some 5-Lane racing, it was a lot of fun. My little car did pretty well for my first time out racing. It was a very basic course but I was able to make some changes to the car that made it faster doing a lap in just under 19 seconds.

I got second in a couple of runs of the car, had to do a rerun as no-one was able to tell which car won the race. They go really fast and it quite hard to keep track of the lead vehicle as they change lanes.

Check out the video of the races here. I got a pretty good shot of a car going off the change over. He was going really fast and was dominating the other cars. Next time I will have a better idea on where to place the camera and get better footage.

I am sure that over time I will mod this car more and more and do some racing with jumps and more banks which will be fun.